The 7th Congress of Endoscopic Endonasal Skull Base Surgery was held at Rasul Akram Hospital from 23th to 25th of January 2018 with the participation of Parsiss Co.

This congress is held annually with the presence of a significant number of E.N.T. surgeons from different countries in Tehran. This year, a special live surgery event was conducted by Dr.Jalesi, Dr. Ghorbani and Professor Domenico Solari from Italy. It’s an honor that the Parsiss surgical navigation system was used in this operation which was held at the operation room of Rasul Akram Hospital.

At the end of the first day of the congress, Parsiss hosted a dinner event as a token of its appreciation for the long and fruitful cooperation with the invited surgeons and friends. 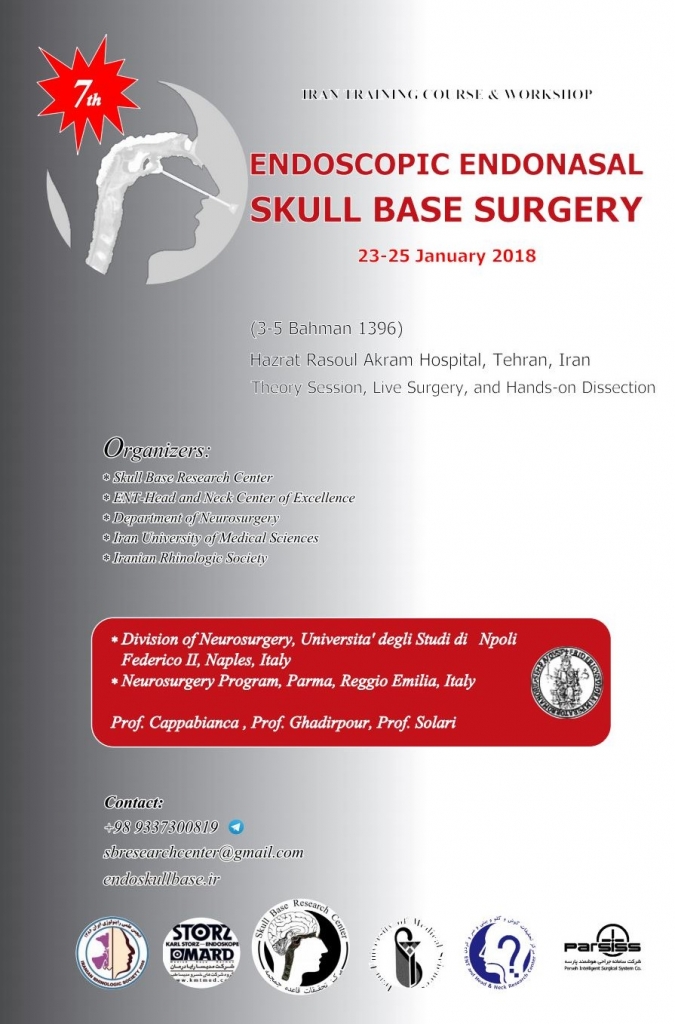